Contacts
Italiano
My Pitti
18 - 20 January 2023
PITTIWAY is the theme of the Pitti Immagine winter shows
Editorial
Edition 96
The Pitti Bimbo 96 campaign by director Leonardo Corallini and starring Nina, Oceano, and Sergio
PITTIWAY, the theme of the up-and-coming Pitti Immagine winter shows, is the result of a joint effort between creative talents and artists, coordinated by creative director Angelo Figus. PITTIWAY interprets today’s moods and ambitions, transforming them into the leitmotif of the ad campaigns and settings present at the Fortezza da Basso. A chromatic and dynamic result, combining pop and street themes, which in the campaign conceived for Pitti Bimbo 96 is expressed in the video by director Leonardo Corallini and interpreted by the Nina, Oceano, and Sergio.

The desire to restart is present in all of us, but choosing the best direction, orientation, and decisions to make is not easy. Directions, stimuli, inspirations, and needs are not always congruent with one another, and it’s not possible to proceed in a straight line. We move, stop, and restart. Turn, swerve, slow down, speed up, surpass, stop. These are the contrasting directions seeming to guide our daily habits, in a moment of great uncertainty, which also includes a strong desire for momentum. Managing your decisions, both priority and secondary, ends by tracing a pathway in accordance with a personal trajectory that must consider not only emotions and experience, but also new tools: digital tools, biometric identities, and algorithms.

PITTIWAY underlines the many possible choices we must consider in order to exit from the complicated global gridlock. In this moment that is difficult, yet also creative, innovative, and diverse, the Pitti Immagine shows will be a compass for defining new directions, conceiving possible pathways, and considering the possible choices to then restart. At the Fortezza, there will be routes, turn signals, curves, and U-turns for cruising at fast speeds. A sometimes-contradictory pathway that demonstrates an inexhaustible energy: the same that leads towards the new directions, which are all still possible, of the future.

Creating this theme was a reflection on the unusual moment we are all experiencing, also in fashion. I am interested in the human pathway, and in the wardrobe that discloses its profound connection with this historic moment. Even deciding how to dress means deciding upon a direction.

The Fortezza da Basso settings
PITTIWAY transforms the Fortezza da Basso into a jungle of visual information, between interactive kiosks, led strips and lighting that light up the evening hours, with a series of settings curated by the architect Alessandro Moradei. A playful multitude of signs that take their cue from the language of traffic signs and reinterpret them with pop and original graphics. What’s the best direction to take? In fashion, just like on the road, the choice is not obligatory, the direction is not always one-way and the road is not always straight. A metaphor for the numerous fashion inputs and extensive pathways to the trends that the Pitti Immagine shows offer visitors in an ever-changing setting. 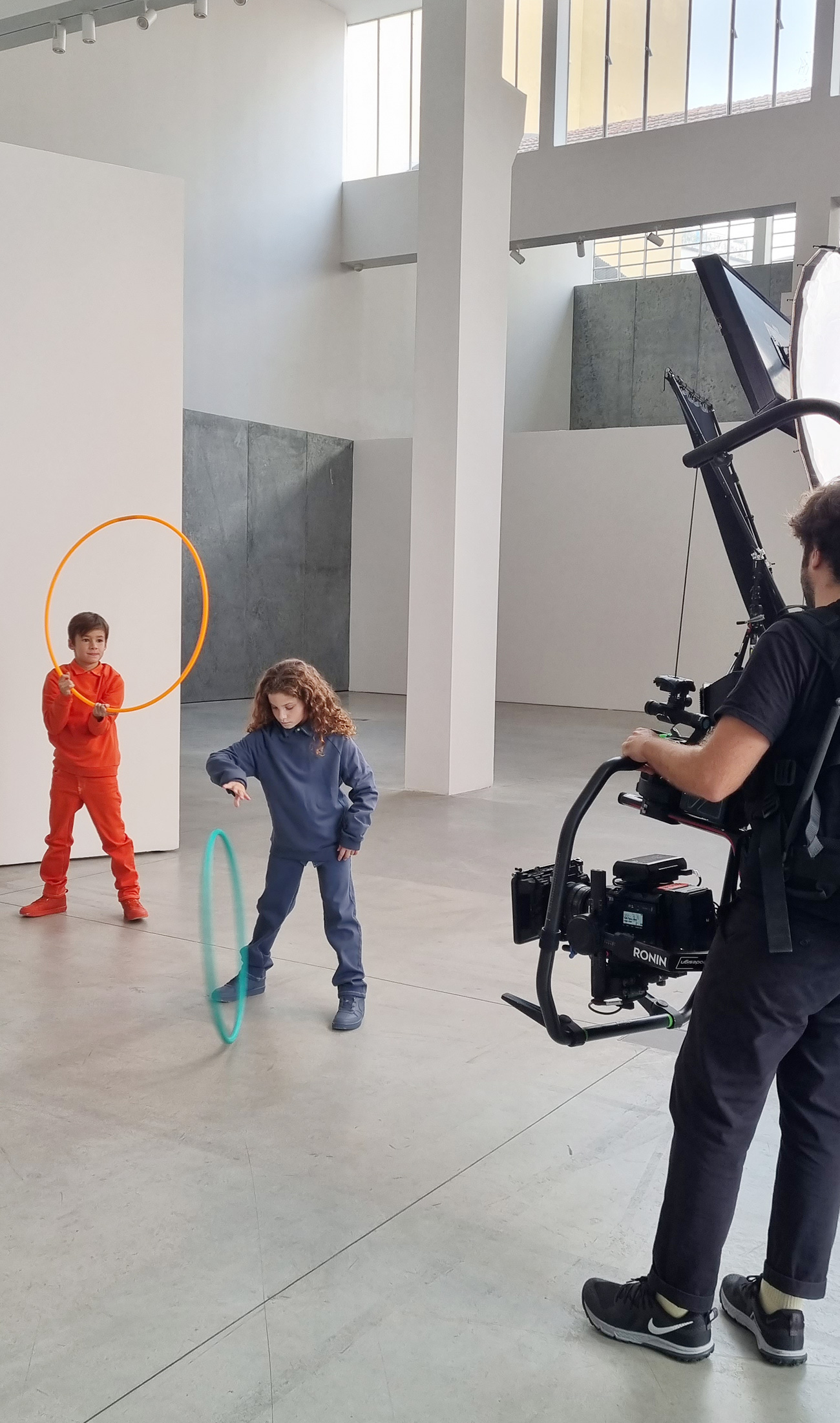 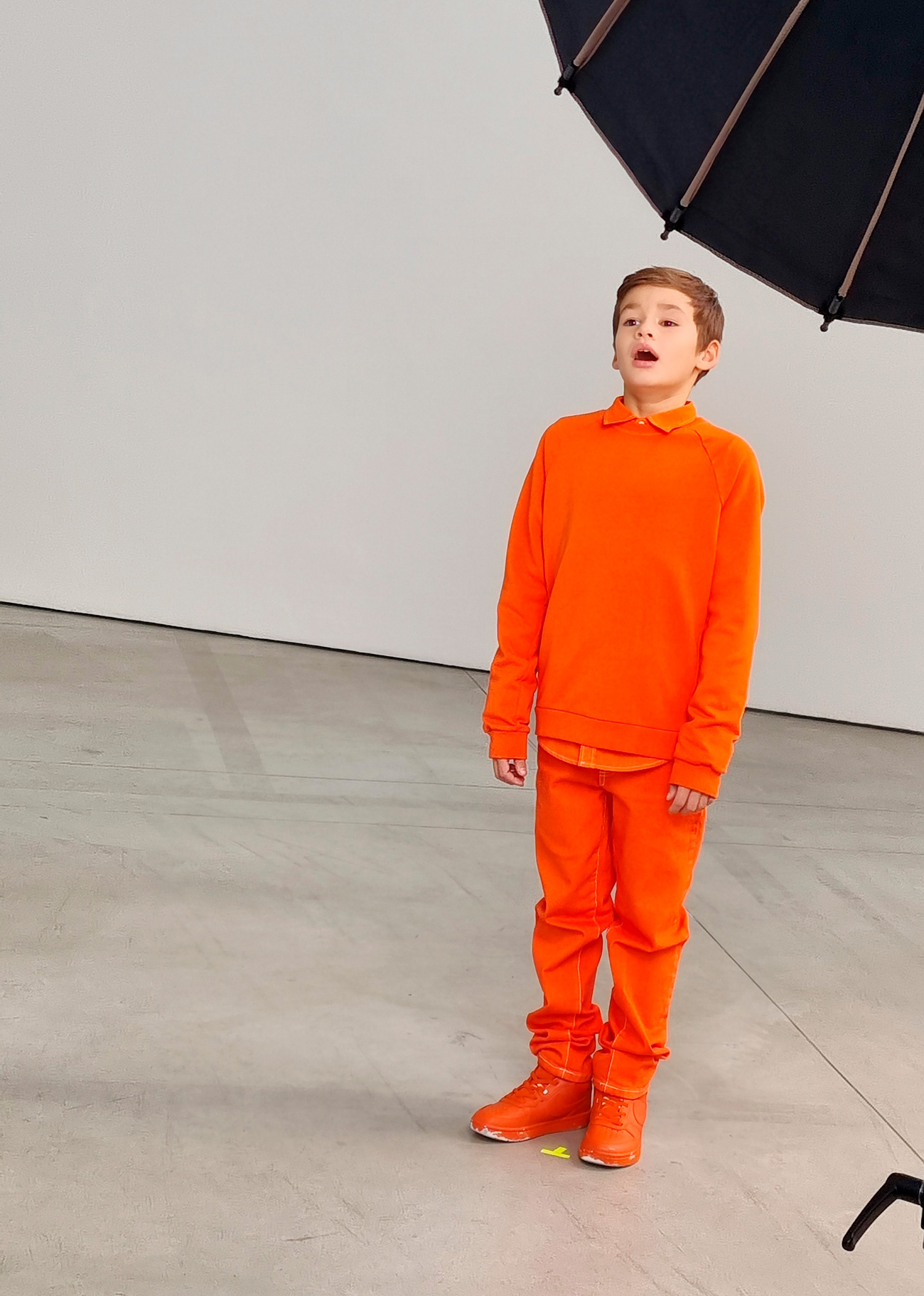 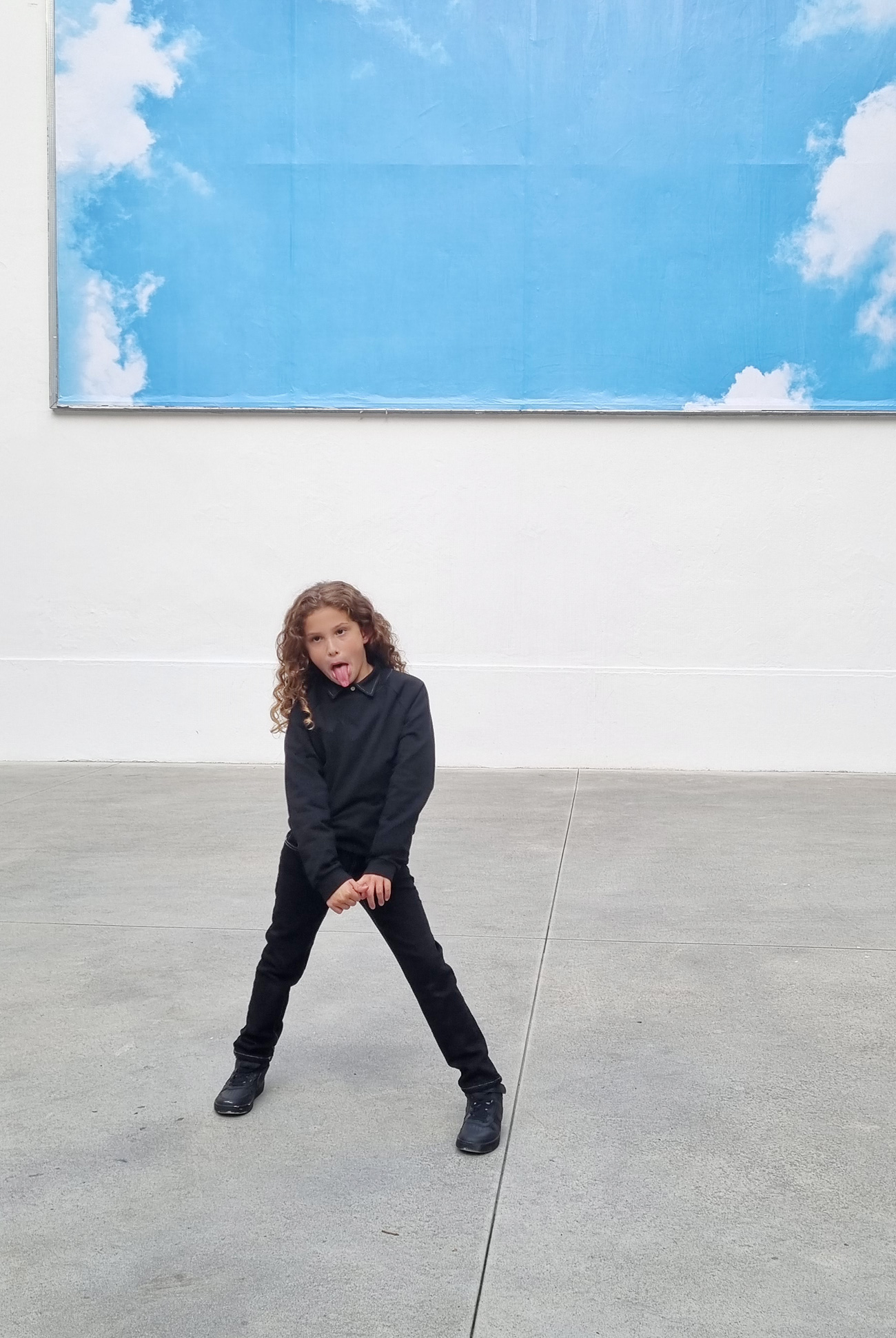 It is difficult to trace seemingly logical paths–an arrow, a turn, an inversion, and a somersault become communication. Vigilant observers, children seem comfortable applying a multisensory approach to the world around them. While they love to shout, they also enjoy whispering secrets, setting up conspiracies, forming alliances, and discovering spaces that don't even seem to exist.

Nina, Oceano, and Sergio wear four perfectly identical looks in four different colors, as if they had fallen into a paint can. Overseeing the range of colors is Maurizio Brocchetto, one of the leading experts in the field of customization. While the soundtrack is by composer Elvio Seta.
PITTIWAY - Who's Who
Angelo Figus
As the creative director of many of the Pitti Immagine shows, he is also the artistic director with Nicola Miller of a special research area at Pitti Filati. Stylist and art director, he is a graduate from the Antwerp Royal Academy, has collaborated with Dries Van Noten, and has worked as costume designer for the Amsterdam Opera. He also has his very own footwear collection.

Leonardo Corallini
Director, photographer, creative director, he is constantly researching projects on the human condition. “I create formats that describe people, I make films to explain how frescos were made in the sixteenth century. I use a language that is digital, cinematic, documentary, of applications. In particular, I launched myworld, where it is possible to follow the advice and visions, and the worlds and tastes of the individuals we decide to use as a reference”, he explains. Corallini’s portfolio includes various projects developed for brands of fitness, fashion, and tourism, but also participation in film festivals like the Tribeca and Milano Film Festival.

Maurizio Brocchetto
After many years of experience in what was considered the golden years of jeans, Maurizio Brocchetto constructed his own professional figure through an understanding of treatments, washings, special effects, and the reactivity of fabrics. He collaborates with Angelo Figus in the development of the CustomEasy special area on stage at Pitti Filati, where it is possible to meet companies that have made the field of personalization their very own creed.

Elvio Seta
Neuf Voix, a pseudonym of Elvio Seta, is a musician and composer, who strives to create harmony between classical composition and electronic music, using non-conventional methods. He first studied composition at the Pescara Conservatory, to then continue his studies in Berlin, with a focus on sound synthesis.
Share
Facebook Twitter Copy Link
Share
Facebook Twitter Copy Link